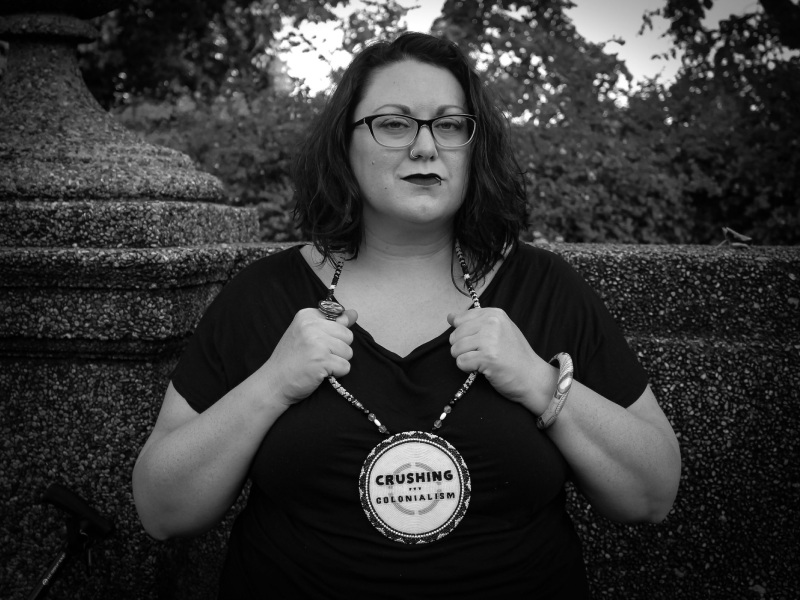 Jen Deerinwater is a citizen of the Cherokee Nation of Oklahoma, bisexual, Two Spirit, multiply-disabled journalist, speaker, and organizer who covers the issues her communities face with an intersectional lens. Jen is the founding executive director of Crushing Colonialism, a former New Economies Reporting Project fellow, a current Disability Futures fellow, and the co-creator and co-host of the Decolonized News Hour on The Real News Network.

Jen is a contributor to Truthout and her work has been featured in a wide range of publications, including Bitch, Rewire.News, and In These Times. Jen is the co-editor of Sacred and Subversive and her work is included in the anthologies Disability Visibility and Two-Spirits Belong Here. She has been interviewed for numerous outlets on her work and The Advocate named Jen a 2019 Champion of Pride.

Jen received a B.A. from the University of Southern California in Gender Studies and Political Science with an emphasis on American Federal Government, a Graduate Certificate in Women in Politics and Public Policy from the University of Massachusetts-Boston, and a M.S. in Communications Management from Simmons College.

While raised in rural areas of Oklahoma and Texas, and a nomad at heart, Jen currently lives on occupied Piscataway land known as Washington, D.C.