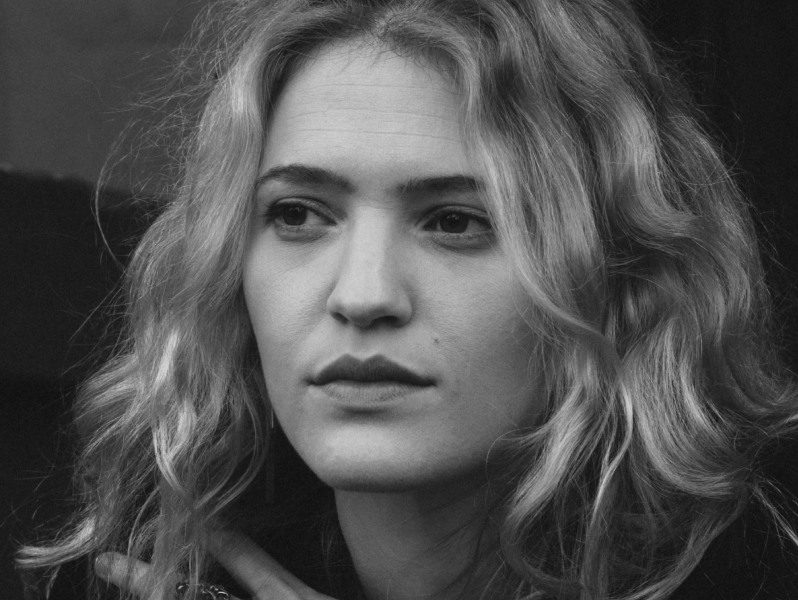 Eleanor Goldfield is a creative radical, journalist and filmmaker. Her reporting work has appeared on Press TV, RT America, and Free Speech TV where she produced and hosted the weekly radical news show, Act Out! for five years. It was the second most watched program on the network.

Her print work has appeared via Mint Press News, ROAR, Popular Resistance, Truthdig and more. She is currently a board member of the Media Freedom Foundation.

Her first documentary, "Hard Road of Hope," covers past and present radicalism in the resource colony known as West Virginia. Thus far, the film has garnered international praise, a best woman filmmaker award and has Official Selection laurels in 8 film festivals including Cannes Independent.

Previously, she founded, fronted and managed the political hard rock band, Rooftop Revolutionaries who released four albums and toured throughout the United States, opening for celebrity acts such as Tom Morello on several occasions. Their music has appeared in films, on radio and TV.

Her first book, a compilation of spoken word poetry, Paradigm Lost, was released in 2016 and received critical acclaim for the combination of radical poetry and radical visual art, as each poem is accompanied by artwork from artists around the world such as Tammam Azzam, Recycled Propaganda, Lucy Dyer and more.

Currently, Eleanor is the host of the podcast Act Out! and the co-host of the podcast Common Censored along with Lee Camp as well as the Silver Threads Podcast with carla bergman. She regularly contributes to several other podcasts including By Any Means Necessary, Economic Update with Richard Wolff, Fault Lines and more.

Her work as a community organizer is based on mutual aid principles and direct action.
As an artist, her work typically combines live music, spoken word and projected visuals. Besides touring, performing and media work, she also assists in frontline action organizing and activist trainings.

"I feel it's vital to connect issues and not speak about them as if they exist in a vacuum, but that they are rather connected on a national and global scale via capitalism. For the purposes of this section, I will say that I can specifically speak to (in no particular order): military industrial complex, dirty energy, climate justice, anti-war, anti-fascism, anti-capitalism."