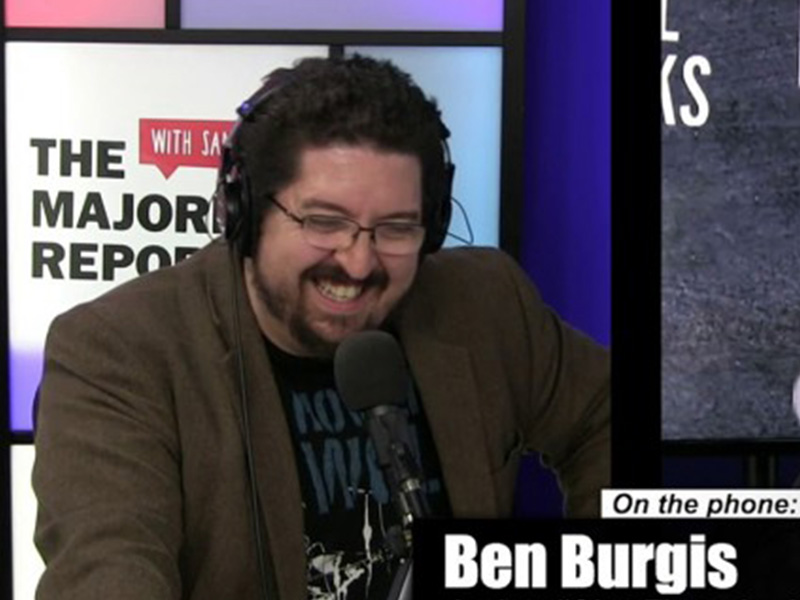 Ben Burgis is a philosophy professor at Georgia State University Perimeter College and the author of the best-selling "Give Them An Argument: Logic for the Left." He's a weekly contributor to Jacobin Magazine and he does a weekly segment on The Michael Brooks Show (TMBS) called "The Debunk." The TMBS segment is generally devoted to Burgis responding to TV clips or tweets containing some bad right-wing or neoliberal centrist argument. Sometimes the weekly Jacobin articles will be more of the same, like this one and sometimes they'll be about why this or that industry should be brought under public ownership.

In his efforts to promote democratic socialist ideas, Ben has debated libertarians like Austrian economist Gene Epstein, comedian and podcaster Dave Smith and conservatives like Jesse Lee Peterson and James Hake, as well as centrist Democrats like the YouTuber Destiny and Bloomberg Opinion writer Noah Smith. He's also appeared on a variety of left-wing shows and podcasts such as The Majority Report, The David Pakman Show, Economic Update With Richard Wolff, and No Filter With Ana Kasparian.

Articles about Ben and his work: