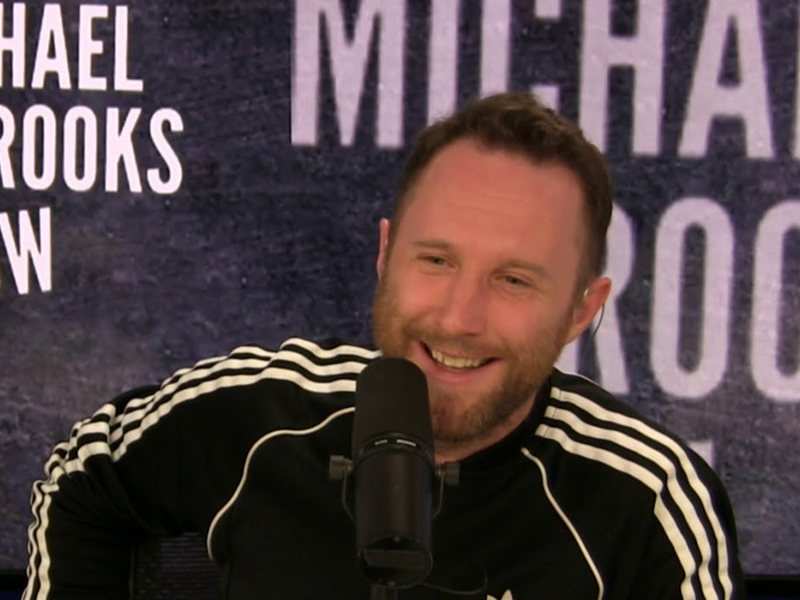 The Michael Brooks Show (TMBS) is a smart, progressive, irreverent, and funny look at the politics of today.

Michael Brooks is host of The Michael Brooks Show and a contributing host for the four time award winning independent political talk show, The Majority Report. He appears regularly as a political and cultural analyst on outlets including Huffpost Live, SirusXM, AlJazeera English, CCTV and France 24. His writing has appeared in Al Monitor, Al Jazeera, the Washington Post, among others, and he has blogged for leading trend watch site PSFK. He is also know for his impressions of cultural figures from Donald Trump to Nelson Mandela.

In his early career, Michael co-founded an arts and performance incubator in Western Massachusetts where he performed stand up and sketch comedy and co-authored the Buddha's Playbook, a synthesis of Mindfulness meditation and behavioral economics. As an undergraduate he studied European and Turkish security studies at Middle East Technical University in Ankara Turkey and he holds a BA in Politics from Bates College.

Please fill out this form to contact this speaker. We forward all inquires to our Speakers and/or their representatives.